Happy Saturday lovelies!  I hope everyone had a great week.  I think we’re probably all glad it’s the weekend. Still getting caught up but I am still going to show you some new designs that are out for you to go pick up because they are still available for you to go get!

This gorgeous skin, called Magenta, made by the beautiful Aida Ewing from Glam affair is available at The Seasons Story collection for the winter round.  This is a pre-release of this skin so definitely something you want to check out and demo!

And this dress from Color.Me.H.O.F.. I don’t even have the words.  It’s so fabulous!  You can get it in several different colors but this color was just too sexy so it was my favorite.  Go get yours!

Also while I was gone on vacation Lelutka released some new hair and this one is just to die for!  It’s called NEU.  There’s a version that goes over both of your shoulders but I just loved this one this most so I had to have it.  Must demo it!  You won’t walk away empty handed.

Ok so the holidays are over.  And now I’m so serious it’s back to blogging.  Being out of town for almost 3 weeks can really put you behind. I did have a great holiday and came back to some wonderful things but I was sad to go but glad to be back and getting back on track.  I have some new stuff to show you today yay!  Also my hubby and I are going to be working on a new project together and combining blogs so be on the look out for a move and a new awesome site!  A sneak peek can be found here.  Still a work in progress but it’s getting there!  Once Upon a Second Life  (Coming Soon to a blog near you….)

I am so excited and thrilled to say that Curio has finally released her new skins!  She released one called Ember, Penelope and Nadia.  And I just fell completely with this one I’m wearing called Penelope and I had to get the whole pack.  I know it’s a younger looking skin but I think it’s just darn adorable!  So if I were you, I’d get down there and try them out! The are first of many to come.

It seems there were so many new releases while I was gone.  And then when I get back there’s more!  This lovely new hair, called Snow from Truth is just a must have.  I’m so excited because it’s the same name as my display name in world!  It feels so special! So I had to show you and you must go try it too!

This cute cute cuteeeeee dress from Tee*fy is available in lots of color choices at Collabor88.  I was feeling a little tired of winter and decided to dress a little more for warm weather so I found this perfect dress! And since I love mint it was perfect!  There’s other colors available so go get your favorite.  Along with some other awesome deals!

And you can’t have a perfect outfit without the perfect shoes.  If you have the high version of the Slink feet, you wanna get these new Miranda heels made by fri.day at Collabor88.  There are several colors available and you can find the perfect one to match your outfit!

Oh Hai!  And Good evening/morning lovelies.  I have a short cute post to leave you with for Easter.  If you didn’t know, the Knitting Circle is holding an Easter Egg Hunt with 4 amazing store: Auxiliary, Pink Fuel, Ploom, and Noodles.  And well this amazing skin I have on here is the hunt item from Pink Fuel.  Let me tell you, for 5 Linden you can own this skin.  Just look for the egg!  I think this is my new favorite.  I was so super excited about it, I just had to show you.

To keep covered up, I wore these sexy panties from Izzie’s which is part of the Jolie lingerie sets.  And this new long gorgeous Mesh hair from Wasabi Pills.  Another item you don’t want to miss out on!

I hope everyone has a safe and fun Easter!

Soooooo I’m so excited it’s time for a new challenge!  The oh so sweet and beautiful Strawberry Singh has posted yet another fun one!  It’s called Social Meme.  I’m pretty social media addicted also so this will be a fun one if I can just remember which one’s I have haha!  Now we can all awkwardly stalk each other!  And you better do this one too!  So here it goes….Get ready….. GO!

What was the first social network you joined using your SL Avatar?
I created a Flickr when I first created this avatar.  Let me go look for my join date.  This was before I started blogging but it appears to be July 2011.

Which social networks are you currently on using your SL Avatar?

Flickr
Facebook Page (I just created this one recently for my blog, so I use this one for my posts)
Facebook Profile (For posting to groups and games and chatting)
Twitter
Plurk
Google+ Profile (I’m still trying to figure this out)
Pinterest
Tumblr (I just share my favorite quotes there)
Second Life Profile

Which network is your favorite?
Probably Plurk and Flickr.  I love how random people are on Plurk and I’m addicted at looking at all the pretty pictures on Flickr.

Which network is your least favorite?
Probably Twitter because I’m still trying to figure it out.  It just seems so random but I’m getting the hang of it.  I don’t really get Google + either but I’m sure one day I’ll grasp it if I can find the time to spend on it lol.

Which network do you have the most amount of connections?
Well let me look.  I’m going to say probably Facebook and Flickr

How/Where do you usually read/use most of your networks?
I’d say probably on my laptop or my iPad.

What are your favorite social networking apps? (if applicable)
On my iPhone, probably I’d say Facebook, Twitter, and Flickr.  I also have a WordPress app I used too to manage my blog if I’m too lazy to get up lol.

What do you like most about social networking sites?
The blog updates, the random information and statuses everyone shares, and just being able to make friends and being social so I don’t become a hermit haha!

What do you like least about social networking sites?
I don’t really dislike much.  Probably just the negativity because I hate being down and sometimes it affects me too especially if it’s a good friend or if it affects a large crowd.  But for the most part I don’t let much bother me =D.  I’m a pretty happy random person most of the time.

Do you feel social networks are a good way to promote you/your brand/your work?
It can be.  It also depends on how you display yourself or whether you use it to communicate or just spam stuff.  I think if you are personal with some and you interact, it makes it much better.

What is your main reason for using Social Networks?
Well I’ll be honest here and say it did start as JUST promoting, but I’ve developed a liking for interacting with everyone and looking at watching what’s going on.  It’s a way to yet keep in touch and not just spam anymore =D.  I love making new friends and learning more about them so I’m pretty much, I’d say, addicted to it haha.  I’d probably die if I didn’t have Plurk.  I’d have no entertainment =P.

Now that I’ve shared all my info, go share yours!  We can all be friends and learn new things =D!

Have you been to the Skin Fair yet?  Hmm.  That’s what I thought.  Well you only have 10 more days to get down there and get all the amazing skins your heart desires so get on down there!   I hope everyone is having a fabulous week!  We’ve made it almost to the end.  Phewwwww..

Today I’d like to show you some Zara from Glam Affair.  This skin’s beauty is out of this world.  From the dazzling eye makeup to the luscious lips, I just cannot get enough.  I think I wear a different make up each day just so I can get my Zara fix.  Zara comes in 6 tones and 12 different make ups.  This is the American tone shown here.  Each skin comes with a clean version also so if you’re feeling like a no make up day you can still enjoy Zara.  Go try this one. It’s on Sim 2 right on the top part as you teleport in.

So Pour it up and go get your skins!  (If that made any sense, haha).  It sounded good in my head so it counts!

Happy Hump Day lovelies!  I hope everyone is having a great first day of Spring.  I know I do wish it was warmer so it will feel more like Spring but I know it will be soon enough!  I want to show you some more from the Skin Fair today.  It’s been so busy lately I haven’t been able to sit down and enjoy all this greatness from the Skin Fair.  But today is the start!

This lovely skin from The Skinnery called Hope is something you don’t want to miss out on.  It is definitely an original and will keep you feeling beautiful.  Hope is available in 8 tone, honey shown here.  And it also is available in 3 different make ups: Bare Face, Casual, and Evening.  I’m kind of a natural girl most of the time so i’m wearing Bare Face today.

This is just one of the many skins, I would recommend trying out at the Skin Fair.  Lots of amazing skins for you skin lovers out there.  So get on down there and check em out!

Hey lovelies!  Happy Tuesday.  It’s such a nice day here, warming up and sunny.  I hope you all are having a great day where ever you are!  I do have some more new great things to show you today.

As I was going through my huge bags of Collabor88 stuff, I put together this look.  I promise you, if you go down there you will not walk away empty handed.

This lovely skin is another one of the Amberly Candy editions at Collabor88.  I can’t get enough of Amberly and each one that comes out I just have to have.   Oh and speaking of Amberly, if you didn’t know, there’s a contest going on with the original Amberly skin.  Details are listed HERE.  You should definitely go enter!

Also at Collabor88, you can pick up this complete outfit from u.f.o.  The top and skirt are sold separately so you can pick colors and mix and match them!

Omg I fell in love with these shoes too.  These are also available at Collabor88 made by Tres Blah.  The colors and prints are just to die for so you have to go pick out your favorite!

You can’t complete an outfit without accessories.  And this oh so cute purse from Fashionably Dead is just perfect for this look.  You can also pick this up at Collabor88.  It’s definitely worth it to stop in and find these amazing designs for amazing prices! 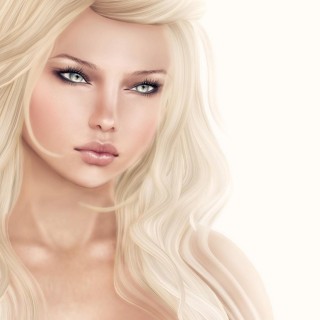 I'm a passionate blogger, photographer, and fashion addict. I love being healthy, singing, and dancing. I love my friends and family more than anything.